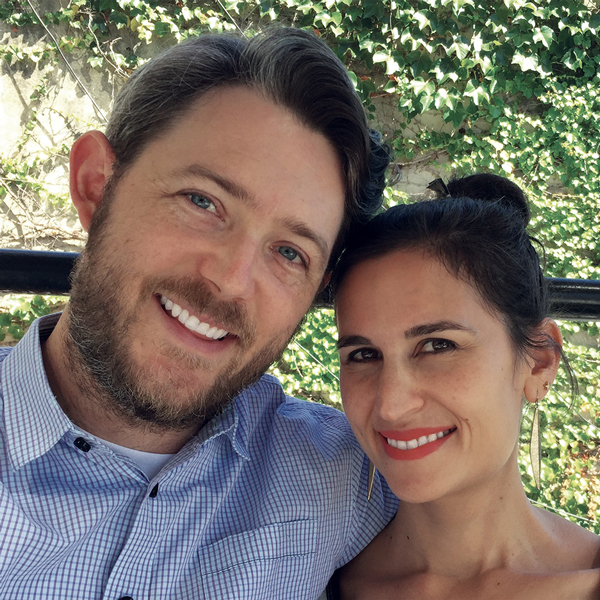 Galactic Sneeze is a toy and game invention studio based in Brooklyn, NY, founded by Sara Farber and Bryan Wilson. The wife-and-husband duo is thrilled to have several new games in the Kikkerland line: Goat Yoga Party Game, Clock Block, Maskarades, and Unicornhole. Prior to licensing concepts to Kikkerland, Galactic Sneeze brought two games to market on their own: family game Schmovie and adult party game Spank the Yeti.

Sara has spent the past 15+ years developing content for toys and games, from Sesame Street to SpongeBob SquarePants, and has recently been busy writing for kids’ TV series, including Charlie’s Colorforms City (Netflix) and Butterbean’s Café (Nick Jr.). She was previously the Director of Content Design at Fisher-Price, and has helped create products and IPs for companies including Toca Boca, Hasbro, and Spin Master.

Bryan has spent his career as a Creative Director/Art Director in the world of advertising, branding, and design, creating award-winning campaigns for global clients. Throughout the years he’s collaborated with international brands including Disney, DreamWorks, Marvel, and Star Wars. He also has a piece in the permanent collection of the MoMA.